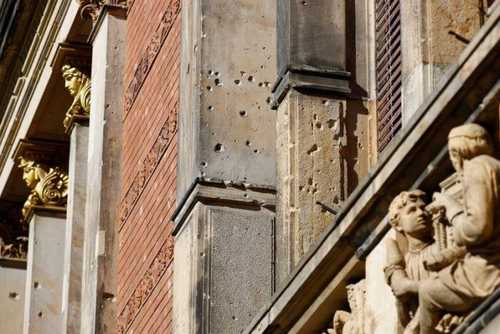 The Scars of War Linger in Berlin

By Madeline Chambers BERLIN [url=https://www.yahoo.com/news/berlins-battle-scars-linger-75-111932773.html](Reuters LINK)[/url] - Germany has been forced to cancel public events to mark the 75th anniversary of the end of World War Two in Europe but Berliners need no ceremonies to remember their downfall - the scars of war are all around them. Facades in the centre are disfigured by bullet holes and shell damage, a reminder that Hitler's Third Reich ended in devastating defeat, not the liberation it is hailed as today.