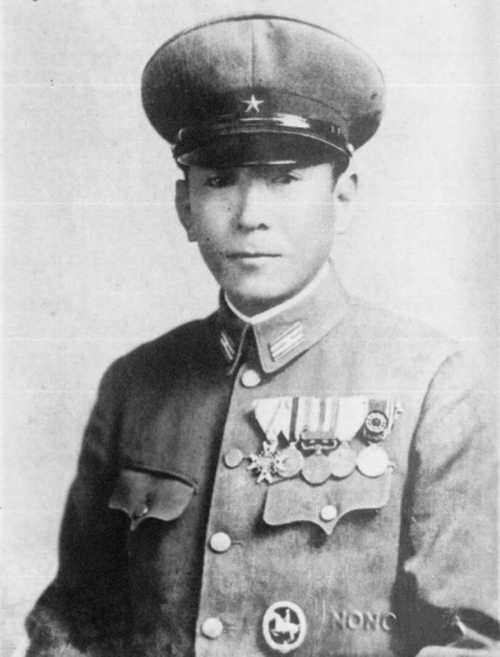 Takeichi Nishi was a Japanese Imperial Army officer, equestrian show jumper, and Olympic Gold Medalist at the 1932 Los Angeles Olympics. He was a tank unit commander at the Battle of Iwo Jima and was killed in action during the defense of the island. On Iwo Jima in 1945, Nishi commanded the 26th Tank Regiment under the Ogasawara Corps, Due to the topography of the island, some of the medium Type 97 Chi-Ha and light Type 95 Ha-Go tanks were placed in hull defilade (buried up to their turrets) and used as fortified emplacements, in particular, against the American M4 Shermans. On Feb. 20th, the next D-Day, the 1st Company was engaged with a Marine regiment supported by a tank company. They continued to fight until March 1st, and was annihilated on the Hill 382. On Feb. 25th, the 3rd Company was sent to the Second Airfield in order to defense the airfield from the Marines. The fights around the Second Airfield was a fierce battle. They fought desperately, but the airfield was occupied by the Marines on Feb. 27th In the morning of 28th, the tanks of the 2nd Company which had been hidden in the caves suddenly appeared and attacked the 21st Marine Regiment. The Marines were surprised at the Japanese tanks, but destroyed them by the bazookas The survivors of the regiment gathered in Maruman village in the eastern district. They lost almost all the tanks and fought as infantry until about March 20th. The last time of Lieut. Colonel Nishi is not known.