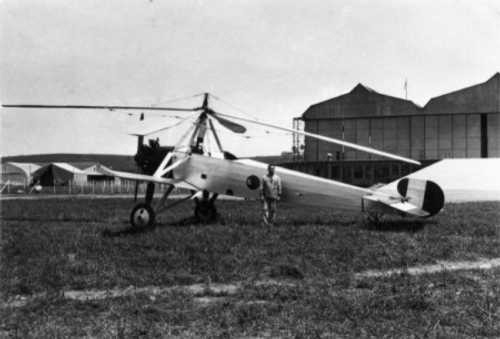 First practice with the autogyro

One of the two autogyro Cierva C.8L Mk III built in Great Britain by Avro and purchased in 1929 by the Italian Air Force for practice around the rotary wing. The aircraft is photographed perhaps at Littorio airfield, Rome. After some years of interruption, also following the test of the first Corradino D’Ascanio’s helicopters, the interest for the autogyro was resumed and on 1935 the Regia Aeronautica purchased two Cierva C.30, equally British-made, registered MM320 and MM321 (the latter, construction number 753, former British civil registration G-ACXA). The MM320 was provisionally switched to Italian Navy for test on board the war ship with unsatisfactory results, while the MM321 was employed for a series of tests at Guidonia and Venegono in the years immediately before the outbreak of the war and later re-registered MM30030. On May 1942 was dismissed from the military line and sold to gliding’s pioneer Vittorio Bonomi and registered as civil aircraft, I-CIER. Survived to the war the I-CIER is today exhibited in the Science and Technology Museum at Milan. In any case the Cierva C.30’s story in Italy is few known and controversial because according some sources the C.30 purchased was in reality only one, the MM30030 later I-CIER. Victor Sierra