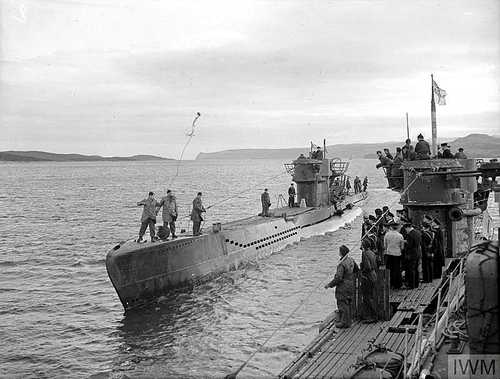 German submarine U 236 coming alongside U 826, with the White Ensign flying, for inspection by British naval officers at Loch Eriboll, the north-westernmost inlet of Scotland. Before surrendering on May 11, 1945, U 826 had been on operational duties for more than five weeks, participated in one war patrol that yielded no ships sunk or damaged. The surviving 33 German U-boats formally surrendered here in 1945, ending the Battle of the Atlantic.