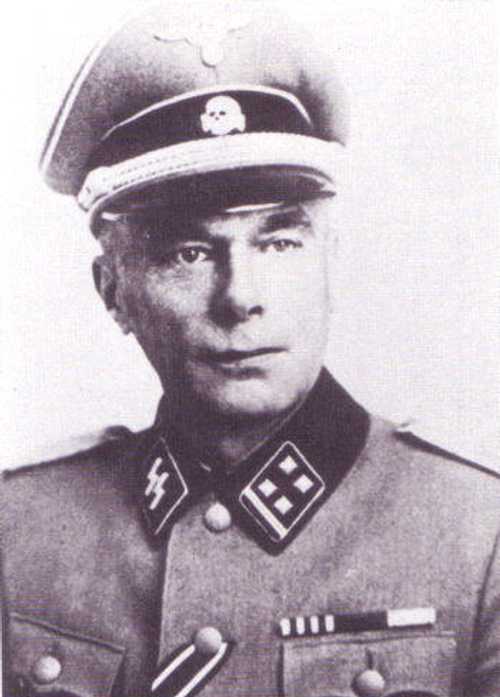 Waffen-Standartenführer der SS KARLIS APERATS (*04.03.1892 in Riga/Latvia; + 16.07.1944 KIA near Mosuli/northeast Russia). Knight's Cross posthumously awarded on 21.09.1944. Commander of the Waffen-Grenadier-Regiment der SS 32 (latvian No. 1). In WW1 he actually fought against German troops being part of the Russian czaristic army. Still today every year on July 16th his former comrades drop a floral wreath at the very spot on the Ssinaja bridge where their former commander ordered them to leave him heavy wounded to save themselves.