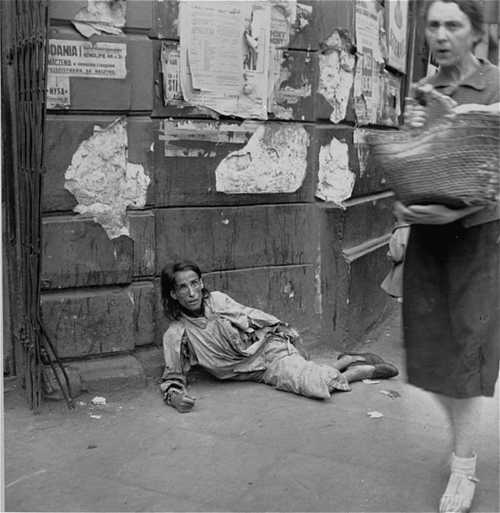 "The hunger in the ghetto was so great... that people were laying on the streets and dying, little children went around begging." Before the Nazis sent millions of Jewish prisoners to concentration camps across Europe, they held them inside ghettos where conditions were nothing short of horrifying. Masses of prisoners were packed seven people to a room while Nazis restricted food intake to about 180 calories per day. Eventually, people simply got used to seeing everyone from infants to the elderly slowly dying of hunger on the streets. I know it's been so long ago but when I came upon this photo I felt such a deep sorrow.I've seen terrible images over the years but this one hit home.Nobody should have suffered like that poor woman.I hope she's in a better place now taken from fb/History uncovered