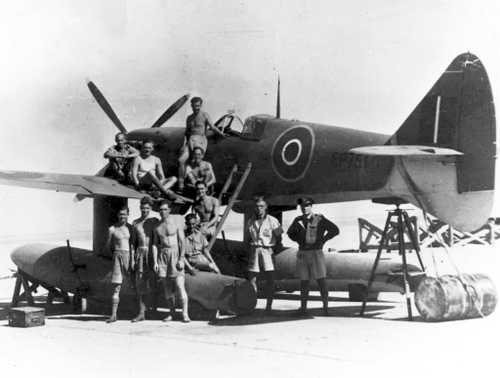 The EP751, one of the two Spiftire VBs converted in floatplane by Folland, after his arrival in Egypt. The only three Spit floatplanes, prototype W3760 (first flight 12 October 1942), the EP754 and, exactly, the EP751, was transferred in Egypt, on the Great Bitter Lake, in October 1943 for missions from concealed bases in the Dodecanese Islands against the transport aircraft employed by the Germans for supply in the area. The project was defeated by the German conquest of the Kos and Leros islands. The three Spitfire floatplanes languished in Egypt until the war’s end. Victor Sierra