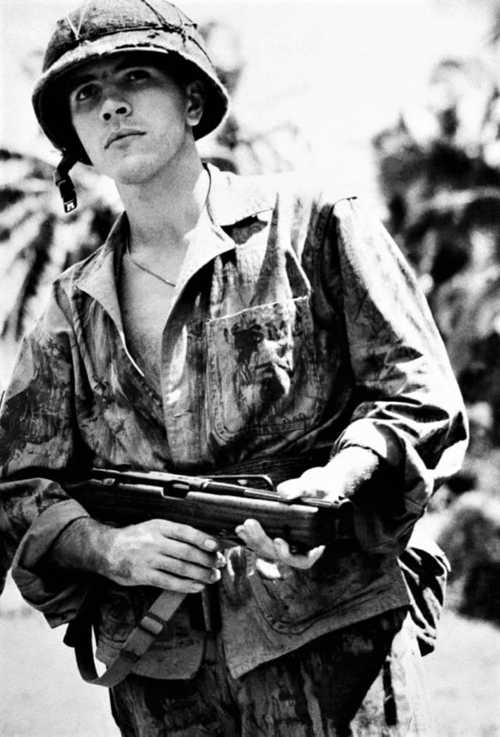 Michael Strank (November 10, 1919 – March 1, 1945) was a United States Marine Corps sergeant who was killed in action during the Battle of Iwo Jima in World War II. He was one of the Marines who raised the second U.S. flag on Mount Suribachi on February 23, 1945, as shown in the iconic photograph Raising the Flag on Iwo Jima by photographer Joe Rosenthal. Of the six Marines depicted in the photo, Strank was the only one to be correctly identified from the beginning; the other five were either assigned the wrong locations (Ira Hayes and Franklin Sousley), or, were given the names of Marines who were not actually in that particular photo.