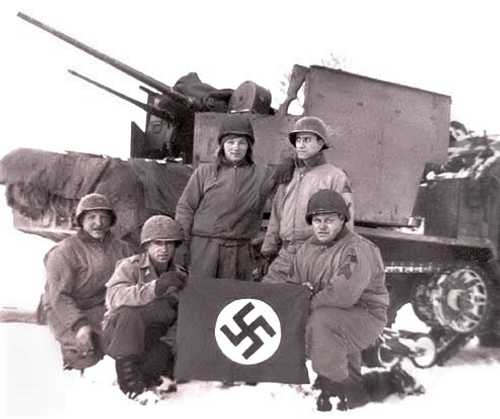 After Battle of the Bulge

Soldiers from Battery A, 486th Anti-Aircraft Artillery Battalion, with souvenir German flag in January, 1945. Kneeling, from left: Buck Dubee, Dick Goodie, and Walter Stone. Standing are Chet Stopyra and Fred Snyderman. The M15 half-track behind them carried a revolving turret with a 37mm cannon and two .50 cal. machine guns. Although originally designed for anti-aircraft use, the M15 also proved to be effective against enemy ground personnel and vehicles.