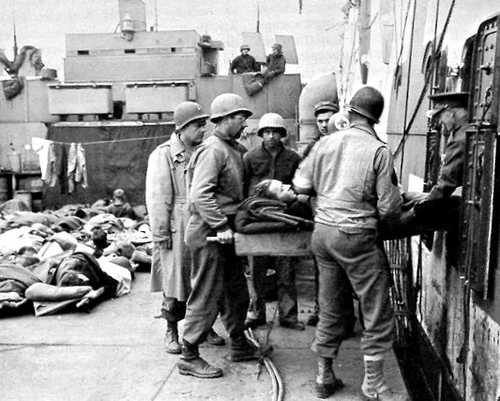 Transfer the wounded to Hospital Ships

Wounded soldiers are being transferred from an LCI to one of the 3 British Hospital Ships off Anzio, Italy. The 52d Med Bn (Sep) set up a Collecting-Clearing Station to receive casualties from the Aid Stations and evacuate them to the ships. Evacuation was from the beach until the harbor became available and operational on 29 January 1944; meanwhile, LCIs and smaller craft were the only means to evacuate patients to LSTs or Hospital Ships offshore.