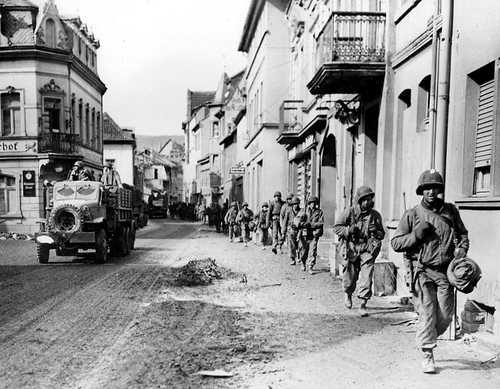 Remagen, the town and the bridge

American soldiers of the 1st Infantry Division, keeping close to the walls of the houses, pass through the German city of Remagen. At this time the city was being shelled by German artillery from the other side of the Rhine river. Here the U.S. troops found the only intact bridge spanning the Rhine. German forces desperately tried to destroy it to prevent U.S. forces to capture it and cross the river. The bridge was captured, withstood the military traffic for several days before it collapsed, however... By that time a sizable force has reached the other side.