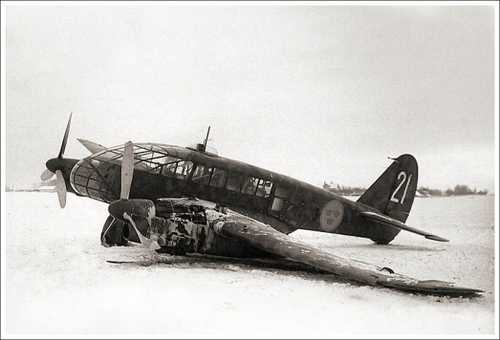 A Swedish Air Force’s Caproni Ca.313 landed in emergency because in flight fire to left engine. The Italian twin engines wasn’t especially loved by the Swedish crews above all for its tendency to engine fire wreaked by the corrosion of the fuel tank caused by a type of fuel used in Sweden. The latter often corroded the tanks, causing leaks which would result in the fuel spilling onto the hot engines. Other accidents occurred when the plane was used in a role for which it was not suited, such as dive bombing, with structure’s failures. During the service in the Swedish Air Force the Ca.313 experienced 23 fatal accidents with the death of 41 crewmen. Victor Sierra