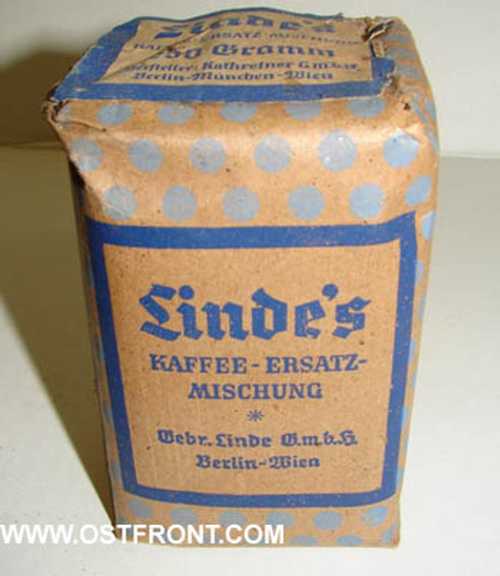 1945 package of Linde's chickory-based "ersatz coffee", recently offered for sale. This appears to have been part of a consignment destined for German troops. Chickory was a pretty standard substitute for real coffee where blockades rendered the latter unavailable; although even chickory may have been "supplemented" by less potable ingredients owing to the exigencies of war. Chickory-based coffee substitutes were also developed in the UK, originally for similar reasons. While I am sure that my coffee-drinking spouse would regard these as disgusting, they do have some benefits, notably the absence of caffeine. The Linde brand still exists, as does at least one British coffee-substitute syrup ("Camp Coffee"). The Irish equivalent of "Camp" ("Irel Coffee") was also around, at least until recently. Oh well - disgusting or not, I suspect that ersatz coffee (at least so long as it did not contain too much roasted oak bark) was probably less harmful to consume than "Ageless Male" ... Best regards, JR.