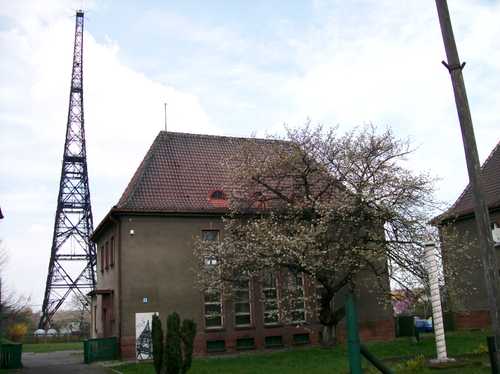 On the 31st day of August, 1939 at 20.00 hrs the German radio station in Gleiwitz / Gliwice was burst into by a couple of armed members of the SS-troops in civil clothes. They were commanded by SS-Sturmbannfilhrer Alfred Naujocks, appointed by SS-Gruppenfuhrer Reinhard Heydrich, the commanding officer of the Head Reich Safety Office, acting upon Hitler?s direct order. This operation was top-secret. Only a password was determined, which was to be given by Heydrich to Naujocks on telephone: "Grossmutter gestorben". The password constituted an order to commence the operation. The attackers terrorized the German staff and broadcast a statement in the Polish language: "Attention! This is Gliwice. The broadcasting station is in the Polish hands..." The remaining part of the appeal read then was not emitted due to technical errors.