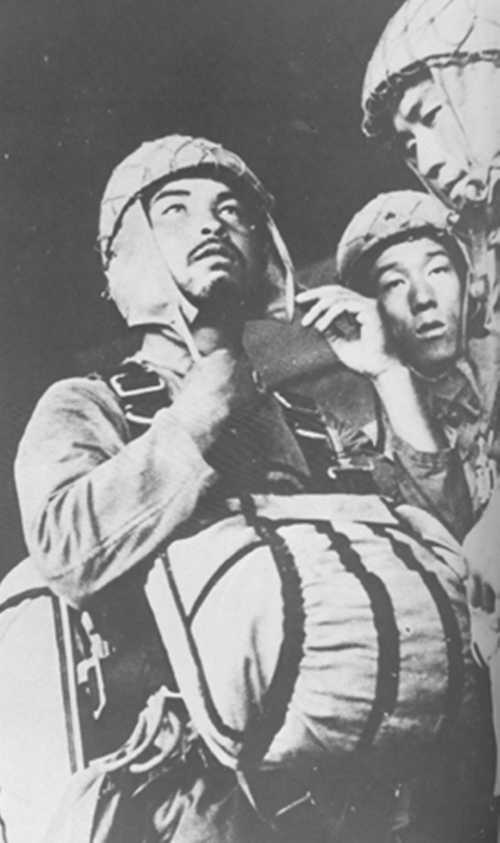 commander of the 2nd Raiding Brigade Rikichi Tsukada adjusting his helmet, Some 750 men, mainly from the 2nd Raiding Brigade, of this group were assigned to attack American air bases on Luzon and Leyte on the night of 6 December 1944. They were flown in Ki-57 transports, but many of the aircraft were shot down. Some 300 commandos managed to land in the Burauen area on Leyte. The force destroyed dozens of planes and inflicted numerous casualties, before they were annihilated, The survivors of the Teishin Shudan remained based in the Philippines until the end of the war.