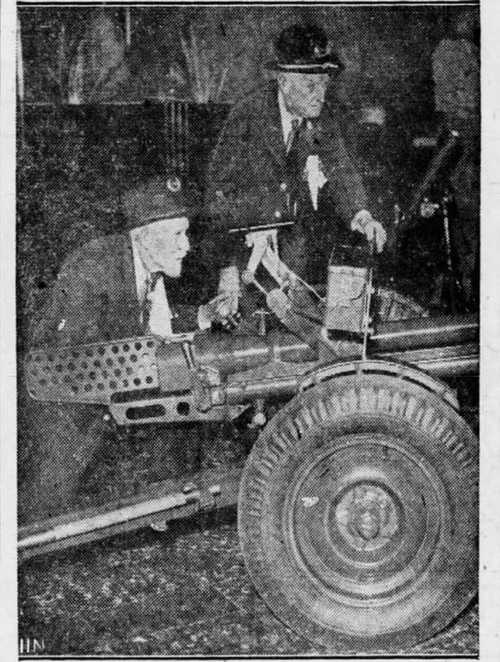 Civil War veterans had the chance to inspect modern weaponry at a Grand Army of the Republic encampment in Pittsburgh in August 1939. "No such artillery pieces as this new anti-tank gun were included in the military equipment of these ex-soldiers when they fought in the Civil War. That's why it proves of such interest to Lewis H. Easterly, 87, left, and J.W. Petro, 88, both of Colorado, at the G.A.R. encampment in Pittsburgh." This photograph appeared in American newspapers on September 1, 1939 - the same day that German forces invaded Poland and sparked the Second World War. (Photograph: The Plain Speaker, Hazleton, PA, September 1, 1939) //taken from fb