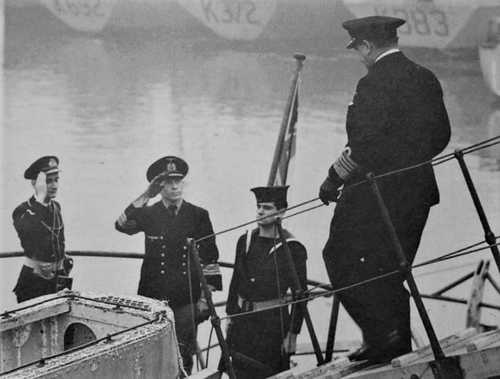 The commander of the German U-532 submarine (type IX C / 40) frigate-captain Otto-Heinrich Junker (1905-2000), second from the left, salutes the British Commander-in-Chief, Western Approches Command Navy Admiral Max Horton (1883-1951), descending the ramp to the submarine at Gladstone Dock in Liverpool, England. On its last trip, the U-532 submarine left Jakarta, Indonesia, in January 1945, delivering to Europe, among other things, tungsten, tin, rubber and caffeine. Being close to its destination, the commander of the submarine found out about the capitulation of Germany and decided to surrender and enter into British captivity; 05/18/1945.