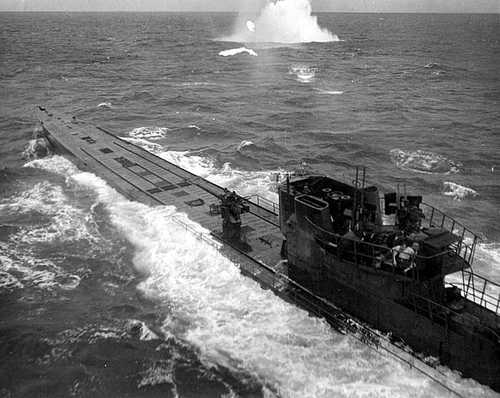 ...from a very low flying aircraft. German submarine U-848 was a long-range Type IX, with four bow and two stern torpedo tubes. On 2 November 1943, she torpedoed and sank the unescorted British steamship Baron Semple, a freighter, NW of Ascension Island, in the South Atlantic. All hands were lost. She was intercepted on 5 November 1943, off the coast of Brazil, by the United States Navy aircraft PB4Y Privateer from Patrol Bombing Squadron VB-107. She was depth charged and sunk.