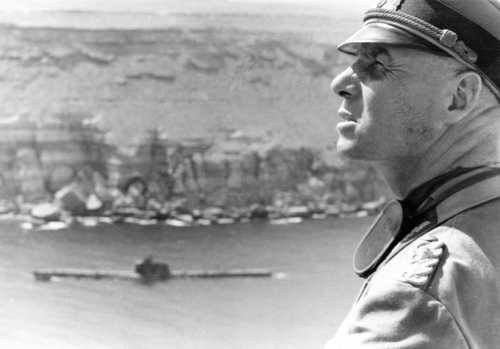 During the second half of 1941 Rommel's forces had to cope with the problem that Axis supplies were reaching Lybia mostly through Tripoli, by this time a considerable distance from the front lines. In an effort to improve the supply situation, Italian submarines were employed in carrying fuel, ammo, and rations to North Africa, conducting a total of 46 supply missions during this period. Although with a small cargo capacity, submarines not only had the advantage of stealth but they were able to use the smaller harbours further along the coast such as Derna and Bardia, considerably closer to the front. This runs were however not without danger, with two Italian submarines being lost. The 'Ammiraglio Caracciolo' was scuttled off Bardia on December 11 after being damaged by the destroyer HMS Farndale, and the 'Ammiraglio Saint-Bon' was torpedoed and sunk on January 5, 1942 by the submarine HMS Upholder. The 'Emo' could easily have been a third loss as she entered Bardia on January 2, unaware that the British had just recaptured the town, but she managed to escape unharmed. In November 1941, Rommel visited Bardia where he payed a visit to at least one Italian submarine and her crew. Later he was photographed in the cliffs above the harbour with an Italian submarine on the background leaving the small bay. She was probably the Atropo of the Foca (seal) class – a mine-laying sub of 1,109 tons displacement – that had just delivered 60 tonnes of fuel to Bardia.