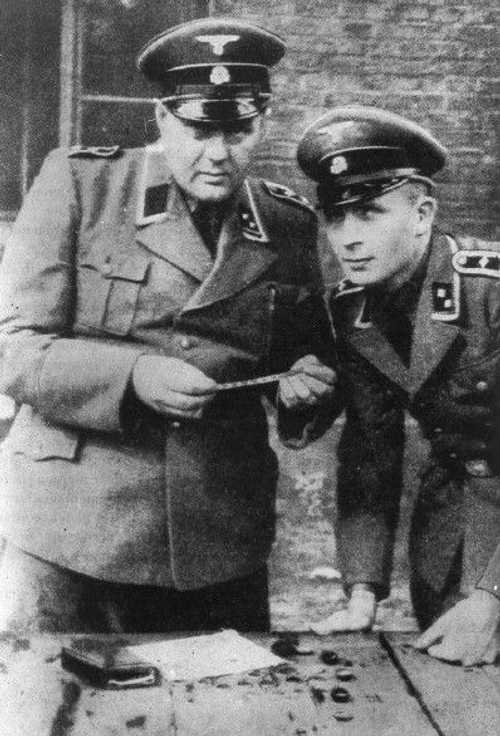 Two SS officers with confiscated Jewish property in the Lodz ghetto. Lodz, located in central Poland, held the second largest Jewish community in Europe, second only to Warsaw. When the Nazis attacked, Poles and Jews worked frantically to dig ditches to defend their city. Only seven days after the attack on Poland began, Lodz was occupied. Within four days of Lodz's occupation, Jews became targets for beatings, robberies, and seizure of property. September 14, 1939, only six days after the occupation of Lodz, was Rosh Hashanah, one of the holiest days within the Jewish religion. For this High Holy day, the Nazi's ordered businesses to stay open and the synagogues to be closed. While Warsaw was still fighting off the Germans (Warsaw finally surrendered on September 27), the 230,000 Jews in Lodz were already feeling the beginnings of Nazi persecution.