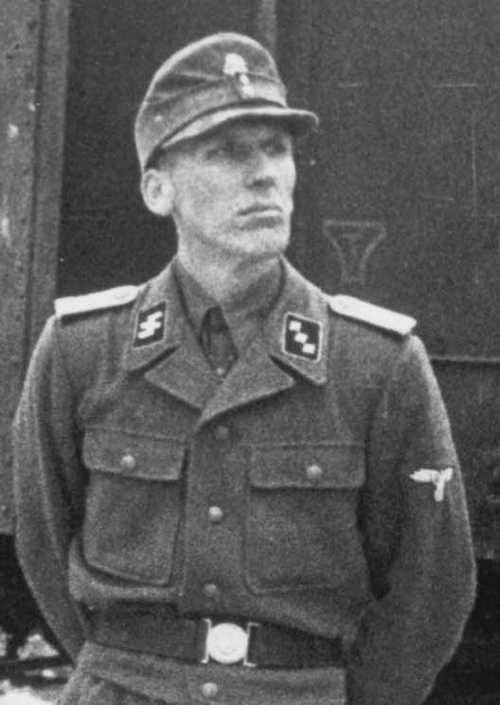 SS-Sturmscharführer Heinrich Wicker, was left in charge of surrendering the Dachau concentration camp, he was photographed that day in several pictures turning over the camp to the U.S army. Wicker was never heard from or seen again after that day, his family later filed a missing persons report. Several photographs apparently show his dead body and that he was later thrown onto a body of dead prisoners in the camp crematorium, an ironic end for an SS officer.