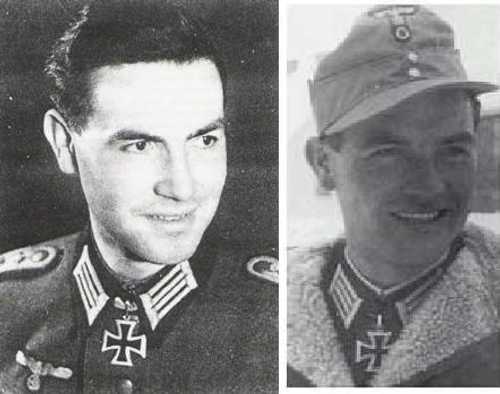 These pictures show the austrian Knight\'s Cross holder of the german mountain troops Hauptmann EDUARD ALTACHER (1919-1945). Beginning the war as a private he made officer due to his fine character and extraordinary bravery on the battlefield. He fought in Yugoslavia, Greece, Russia, Norway, Finland and ended the war as a teacher to young mountain troopers at the school of mountain troops in Mittenwald (Bavaria, close to the austrian border). He was decorated wit the Knight\'s cross, Iron Cross 2nd and 1st class and the Infantry Assault Badge. After capitulation of german forces he was provost of the POW-camp of Zell am See/Austria. When released on May 27th 1945 on his way home to his family he was stricken to death by marauding polish forces as a reputed nazi.