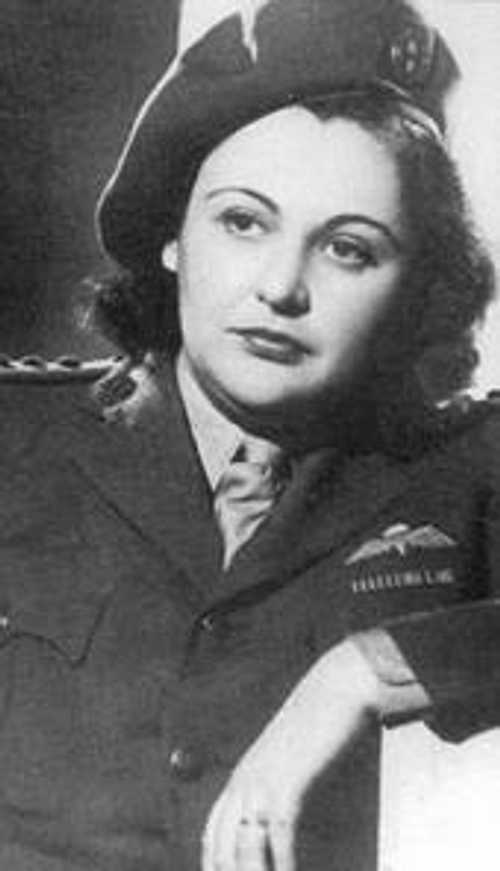 CANBERRA, Australia — Australian Nancy Wake, who as a spy became one the Allies' most decorated servicewomen for her role in the French Resistance during World War II, has died in London, officials said Monday. She was 98. Code named "The White Mouse" by the Gestapo during the war, Wake died Sunday in a London nursing home, Prime Minister Julia Gillard said. "Nancy Wake was a woman of exceptional courage and resourcefulness whose daring exploits saved the lives of hundreds of Allied personnel and helped bring the Nazi occupation of France to an end," Gillard said in a statement. Trained by British intelligence in espionage and sabotage, Wake helped to arm and lead 7,000 Resistance fighters in weakening German defenses before the D-Day invasion in the last months of the war. While distributing weapons, money and code books in Nazi-occupied France, she evaded capture many times and reached the top of the Gestapo's wanted list, according to her biographer, Peter FitzSimons. "They called her the 'la Souris Blanche,' 'the White Mouse,' because every time they had her cornered ... she was gone again," FitzSimons told Australian Broadcast Corp. radio on Monday. "Part of it was she was a gorgeous looking woman," he said. "The Germans were looking for someone who looked like them: aggressive, a man with guns — and she was not like that." France decorated her with its highest military honor, the Legion d'Honneur, as well as three Croix de Guerre and the Medaille de la Resistance. The United States awarded her its Medal of Freedom and Britain, the George Medal. Her only Australian honor did not come until 2004, when she was made a Companion of the Order of Australia. Born Aug. 30, 1912, in the New Zealand capital of Wellington, Nancy Grace Augusta Wake was the youngest of six siblings. When she was 2 the family moved to Sydney, but her father left the family soon after and returned to New Zealand. Wake became a nurse before an inheritance from a New Zealand aunt enabled her to run away from home in 1931 and fulfill her dream of traveling to New York, London and Paris, she said in an interview with the Australian Broadcasting Corp. in 1985. After studying journalism in London, she became a correspondent for The Chicago Tribune in Paris and reported on the rise of Adolf Hitler in Germany. A 1933 trip to interview Hitler in Vienna led her to become committed to bringing down the Nazis. "I saw the disagreeable things that he was doing to people, first of all the Jews," she told Australian Broadcasting Corp. radio in 1985. "I thought it was quite revolting." When World War II broke out in 1939, she was living in the French city of Marseille with her first husband, French industrialist Henri Fiocca. She helped British servicemen and Jews escape the German occupying force. Her husband was eventually seized, tortured and killed by the Gestapo. But Wake managed to escape in 1943 through Spain to London, where she received the espionage training before helping to lead the French Resistance in its final days. Wake continued working for British intelligence in Europe after the war until 1957, when she moved back to Australia and married British fighter pilot John Forward. She moved back to Britain in 2001, four years after Forward's death. She never had children. According to her wishes, Wake's body is expected to be cremated privately and her ashes scattered next spring at Montlucon in central France, where she fought in a heroic 1944 attack on the local Gestapo headquarters. Copyright 2011 The Associated Press. All rights reserved. This material may not be published, broadcast, rewritten or redistributed.