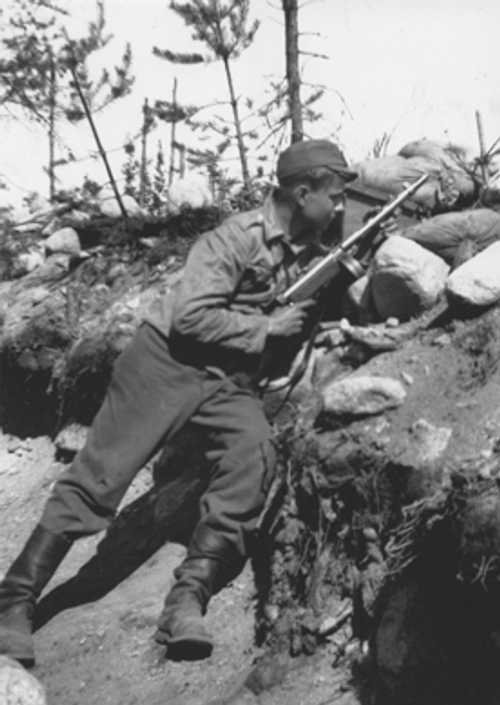 Mauno Koivisto in the Continuation War

Mauno Koivisto (born November 25, 1923) was the ninth President of Finland from 1982 to 1994. He also served as Prime Minister 1968–1970 and 1979–1982. In 1939 When the Winter War started, he was at the age of 16 and joined the a homefront firefighting unit and later during the Continuation War, Koivisto served in the Infantry Detachment Törni, led by the famous Lauri Törni, which was a reconnaissance detachment operating behind the enemy lines and open to selected volunteers only. During the war he received the Order of the Cross of Liberty (2nd class) and was promoted to the rank of Alikersantti (Finnish rank equal to corporal). He later referred to his experiences during the war by stating "When you have taken part in a game in which your own life is at stake, all other games are small after that experience".