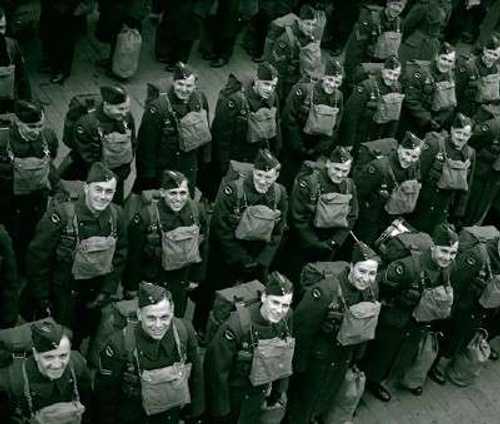 Canada commits to the war effort: Men of the First Squadron of the Royal Canadian Air Force wait to disembark at a British port in February 1940. Originally, Canada supported appeasement of the Nazi regime. However, soon after Nazi Germany invaded Poland, the Canadian Parliament approved entry into the war. Canada began sending troops to Britain in December 1939, although those men did not see action for several years. Starting with a small military, Canada raised substantial armed forces and had one of the world's largest militaries by war's end.