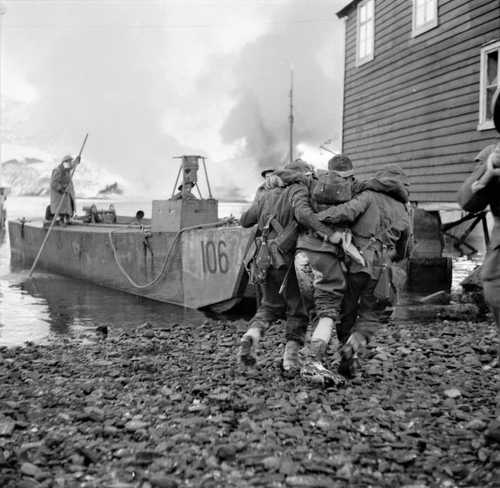 British commandos help a wounded comrade board a landing craft during a raid in Vågsøy. The raid of special units of the British armed forces on the Norwegian islands of Vågsøy captured by Germany is also known as Operation Archery. The main goal of the operation was to destroy the production of fish oil, which the Germans used to make explosives. The secondary goal was to force the Germans to hold and increase forces in Norway that could be transferred to the Eastern Front; December 27, 1941.