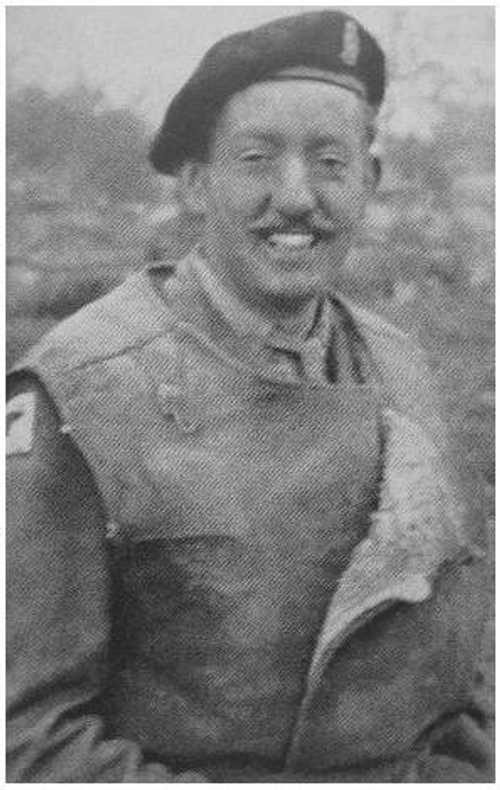 Captain Pat Dyas, whose Cromwell tank found itself face-to-face with Michael Wittmann's Tiger at point-blank range at Villiers-Bocage. Two shots from the Cromwell hit home, but failed to make any impression on the Tiger. One shot from the Tiger penetrated the Cromwell, killing two crewmen instantly and blasting Dyas clear of the tank through the commander's hatch (presumably, like most experienced commanders, he was running "hatch open", which probably saved his life.). Dyas suffered serious spalling injuries, in particular, to his face and his eyes. He was fortunate to be treated within the day by a medical officer who happened to be an eye specialist in civilian life. The medic produced a strong magnet and applied it to Dyas's eyes, pulling out the metal mini-fragments that had entered it as a result of the spalling. Dyas was later told by the medic that, had he not been treated in this way for another day (a strong possibility in the circumstances) he would have lost the sight of both eyes permanently. When interviewed on film many years later, Dyas still showed signs of the facial injuries suffered at Villiers-Bocage.