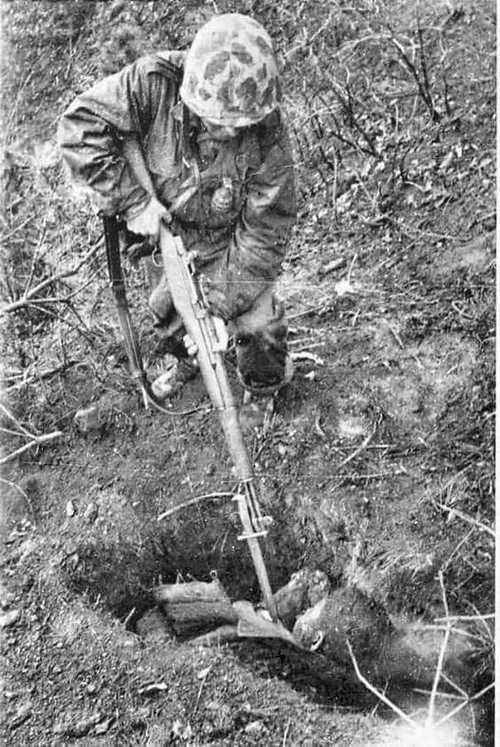 Checking out or 'Groping'

On one of the Pacific islands, a Marine "gropes" a Japanese soldier. The "groping" consisted of pricking with the bayonet the possibly dead Japanese. This was done to find out if he was really dead or faking it, as this was a technique used by the Japanese to later immolate themselves. If you look at the tip of the bayonet, you will see that it is darkened, it is blood, which shows that this Marine has already pricked other soldiers. taken from fb/Daniel Del Moral